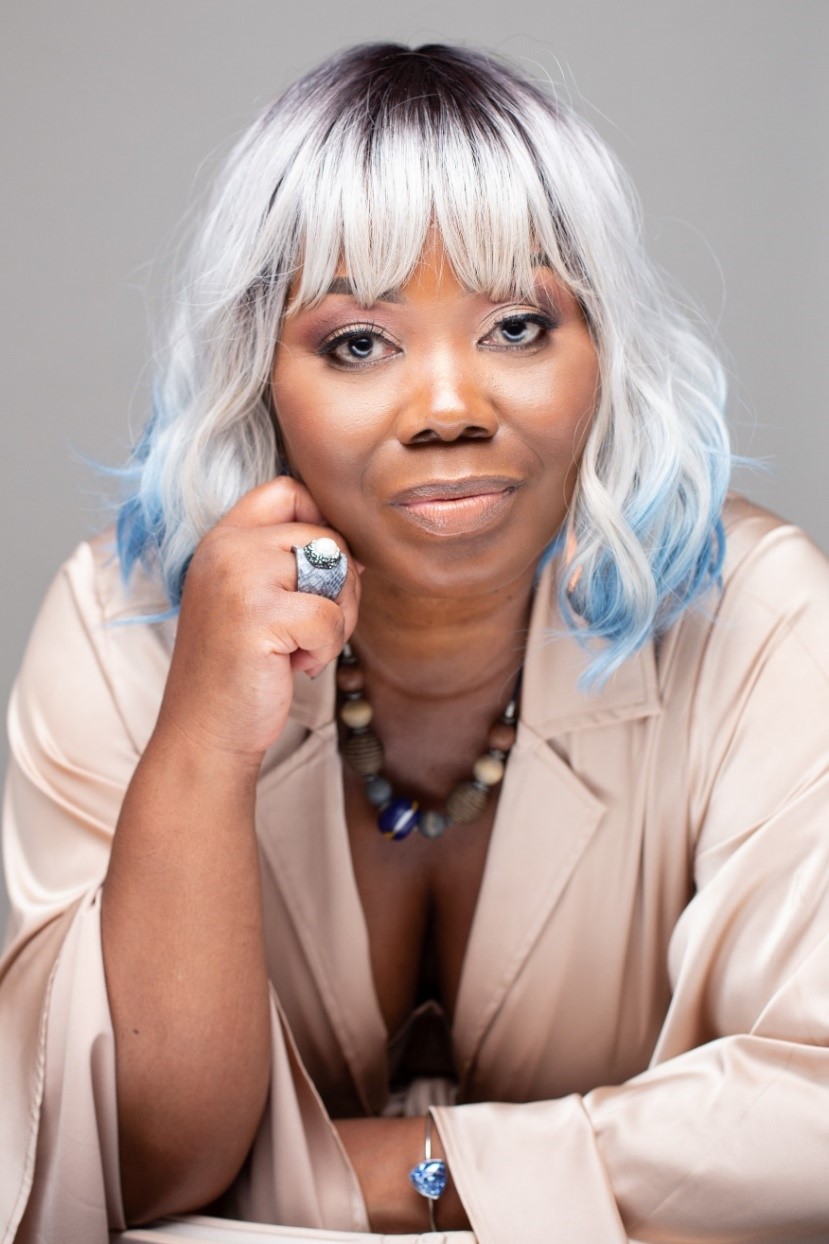 Yes, Show me how!
Join my Private Podcast Community!

When it comes to women in the workplace,

Black women have it worse. 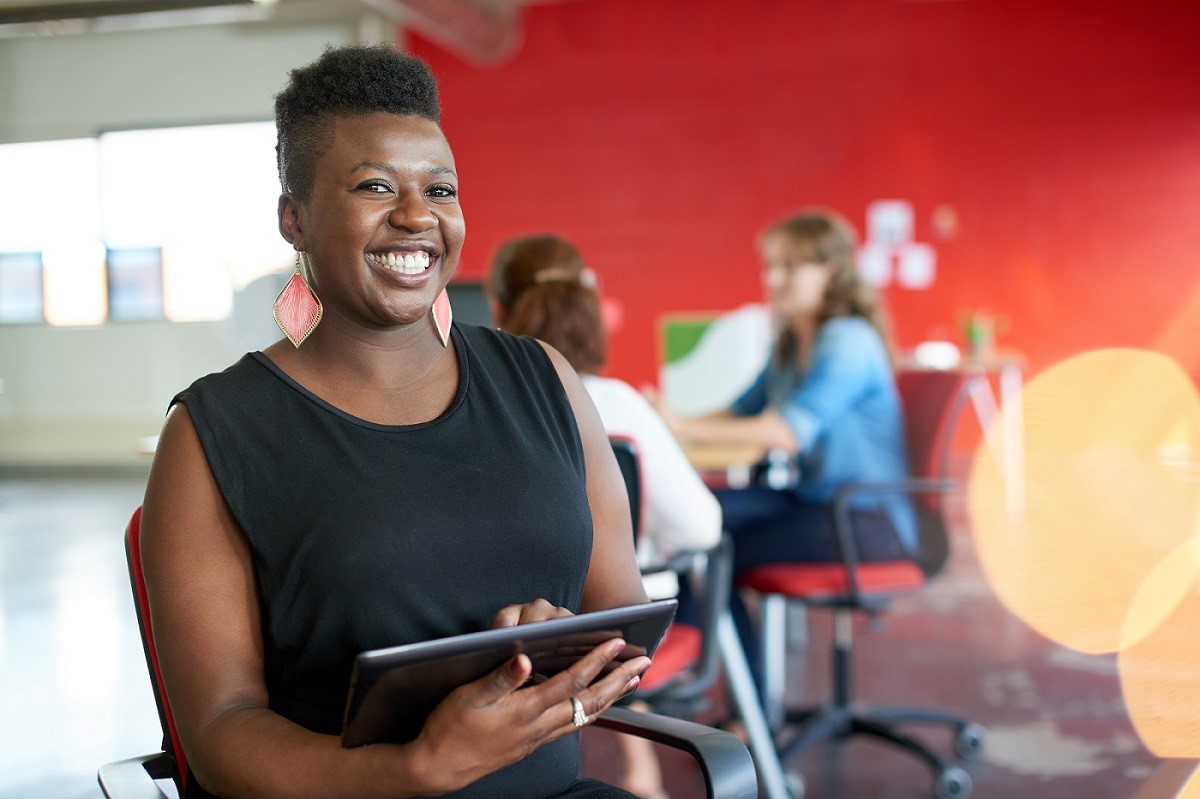 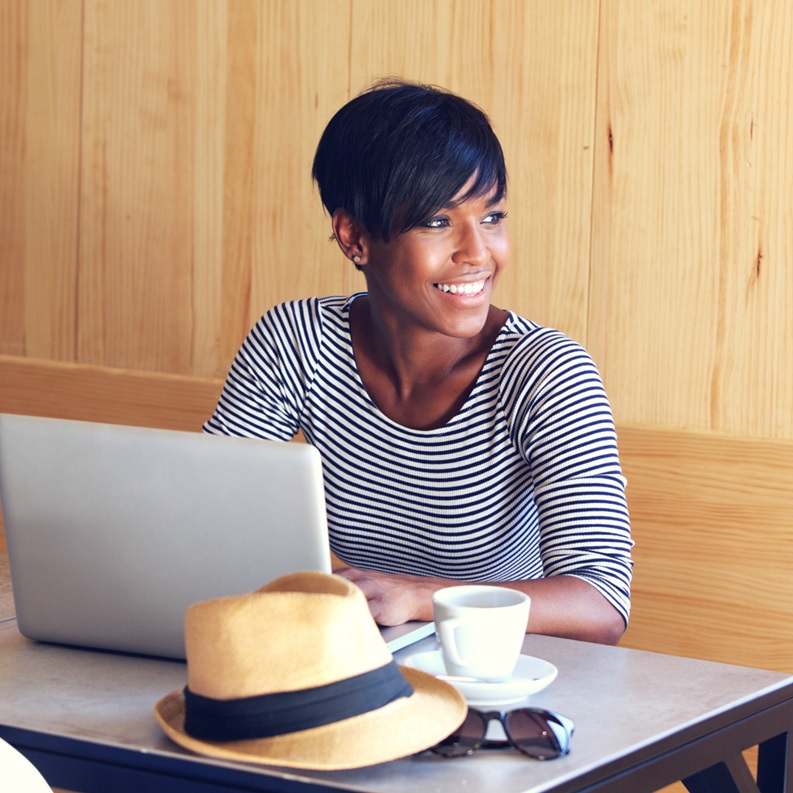 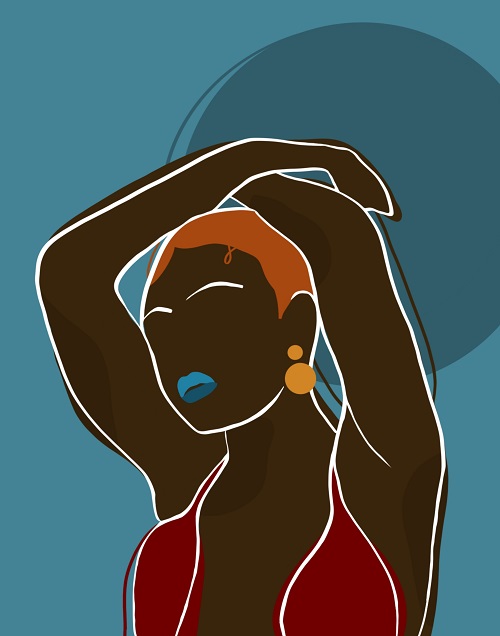 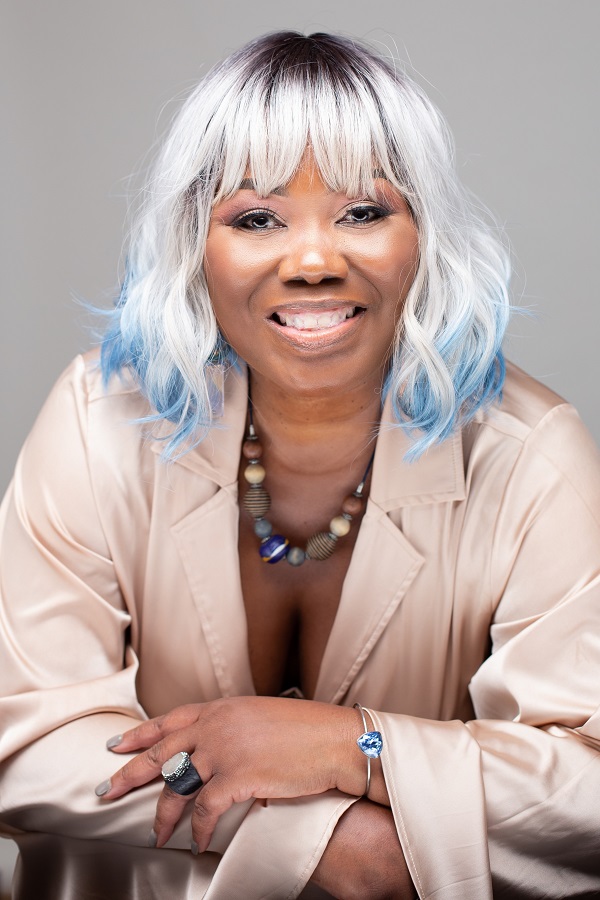 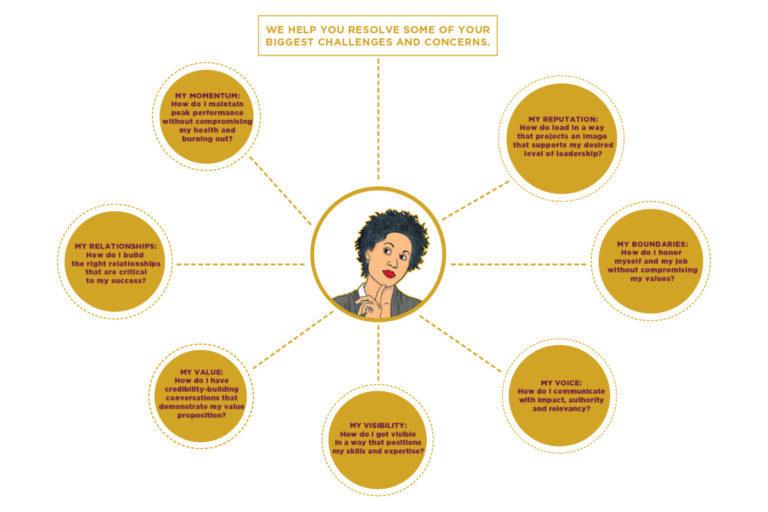 Whether you are interested in private coaching, group coaching or a self-guided online course, there are many ways we can partner. The Ascension Programs are focused on helping you on your path to making your next bold move through five circles of engagement.

If you’re ready to seize the opportunity to be recognized, respected and paid well, this self-paced leadership program is for you. Over the course of three months, I’m going to show you how to skillfully and strategically position your brilliance so that commodity treatment becomes a thing of the past.

You’ll learn my signature branding methodology and develop a plan along the way that positions you for your next bold move.

Right now, there is a radical shift in the way Black women are leading. One that amplifies their voice, wipes out commodity treatment and positions them to be seen, heard and paid well. They are evolving with thought-leader platforms that position them for high-visibility projects that matter. How are they accomplishing this? I’ll tell you during our conversation.

Whether in a virtual room or on the stage, my commitment to partnering to fulfill your event’s mission is my number one priority. You can count on me to bring my methodology and energy to activate and inspire your audience to engage and act upon what they learn.

Invite Me to Speak

“Felicia is truly like a stroke of genius! She has been given the responsibility to pull women together and wake us up into being who we’re supposed to be as leaders. I’m grateful for her gift.” 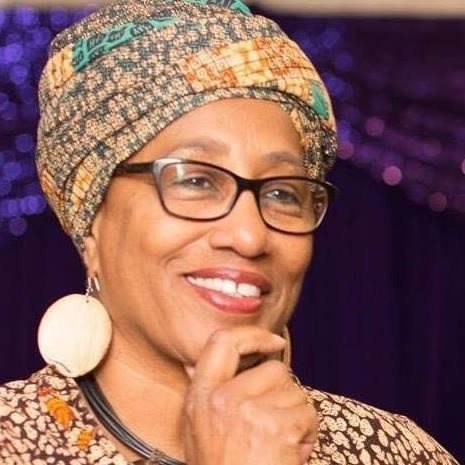 “You are a great coach and facilitator. This experience was accelerated, but it had a lot of depth and you made it enjoyable with your words of encouragement and support.” 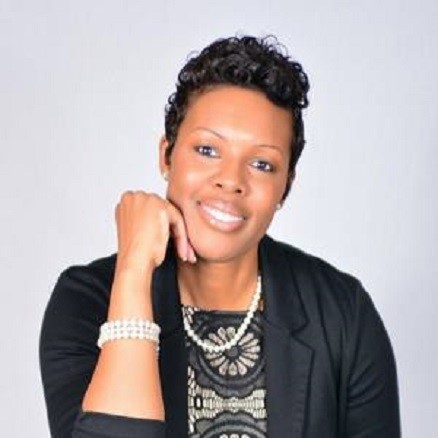 ”Before working with Felicia, I was emotionally stuck which caused me to be professionally stuck. Although I projected confidence and poise on the outside, inside I was insecure and afraid to take risks. The inner work that I did throughout our journey has been very cathartic and cleansing because I have been able to break free from the shackles of fear and insecurity. This program truly liberated me from a lot of baggage that had been weighing me down for years and keeping me stuck in a rut. Now I feel so much lighter, liberated and empowered!” 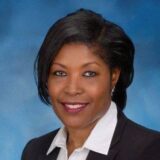 ”I am forever grateful for my work with Felicia and will never forget the awakening I experienced in the process. Before our work started, I lacked focus, clarity, consistency and I learned that I was hiding out in fear of being an imposter. Now I am very clear about my vision, mission, and values and I understand that my leadership requires me to be visible. Felicia is the TRUTH when it comes to Branding Your Brilliance. Thank you Felicia for over delivering!” 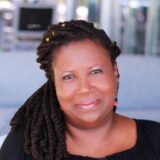 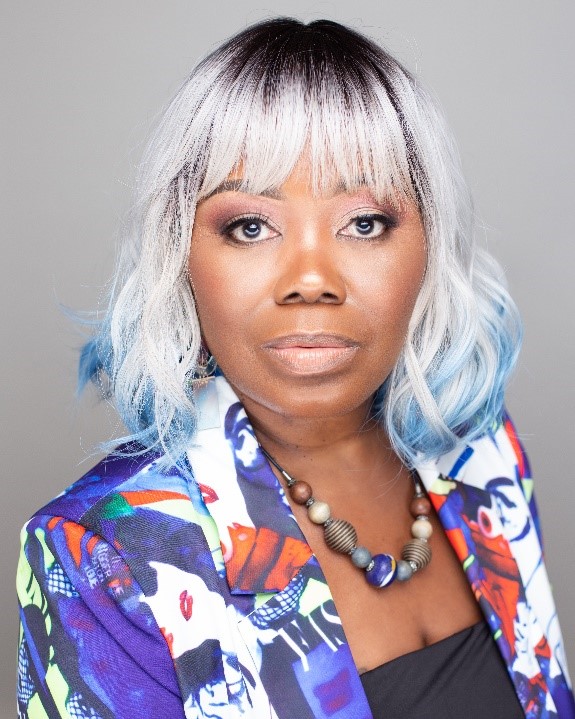 WHY I’M UNIQUELY QUALIFIED TO HELP YOU BRAND YOUR BRILLIANCE…

Honestly, it’s because I’ve been where you’re heading and I remember the early days in my HR career when my deep introversion cost me not 1, 2 or 3 but 4 job opportunities that I really wanted. Being the introvert that I am, I was a quiet leader who performed exceptionally well and while my performance served me well to an extent, I eventually became stuck and unable to move to the next level. The problem was while I was a great performer, I didn’t show up with the level of passion and gravitas that some of my peers did and as a result, I would be ignored and overlooked for great opportunities. I wasn’t visible enough to be seen as valuable and I had not developed my leadership voice in a way that would allow me to be heard, respected and chosen. The harsh reality I had to face was that while the company was benefiting from my expertise, I was literally being treated like an easily replaced commodity. Luckily, I wasn’t too far into my career before I ‘woke up’ and realized that not being respected and compensated for my value was nobody’s fault but my own. Ouch!

After being fed up with seeing less qualified and less skilled people be chosen over me, I realized that I was neglecting to focus my efforts in the three areas that mattered most: Reputation, Relationships & Results. I also had a very interesting revelation that while you absolutely must always deliver excellence, what gets you chosen over your peers is being masterful at packaging, positioning and delivering what you do in a way that disrupts patterns and creates a burning desire for change. This is when it became crystal clear to me that developing my communication and leadership skills were the two things that would help me get out of my own way and more importantly get me unstuck.

I was promoted from HR Assistant to HR Generalist 6 years later I earned my seat at the Executive table.

AND… I never had to ‘job hunt’ again.

It was all because of the power of my leadership brand and I want the same for you.

Are you ready to step into your next level of success? 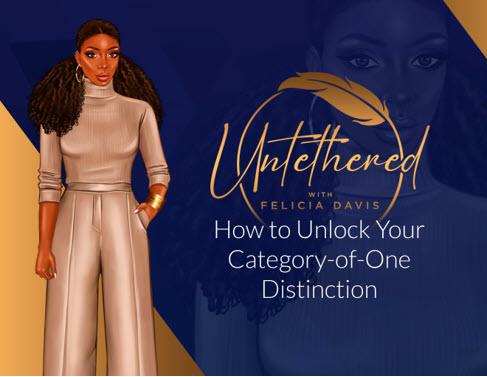 Untethered – How to Unlock Your Category-of-One Distinction

Learning how have the Money Talk and negotiate
with confidence, ease and grace is the ultimate path to getting paid well.

This is all about the presence of your unique brilliance,
how you distill your distinction and demonstrate your
value in a way that helps others understand how you help them win.

Your Philosophy and well-articulated Point of View
related to your industry or endeavor is what
informs your leadership identity and primary narrative.

Your Big Idea around the change you want to make is
what seizes people’s attention and loyalty and it’s centered
around the new power construct that gets you noticed, known & called upon.

Mental fitness is necessary to manage negative thought habits and patterns that live deep in your unconscious and derail your performance and overall happiness. This is critically important because the way you think influences the way you lead. Since the brain is the control center of our human experience, when you commit to mastering your mind, you’ll get in the driver’s seat of flipping the script on limiting beliefs rather than allowing negative thoughts to hijack your confidence, performance, and ability to lead well.